Vacation in Lisbon, the city with the unrivalled view of the Atlantic Ocean. Lisbon is picturesque, vibrant, musical, overwhelming and very.. tasty! It combines perfectly colours that, at first, might seem exotic but are utterly Mediterranean!

Vacation in Lisbon, a trip to another century!

Lisbon is the oldest capital of Western Europe. Lisbon’s astonishing historic monuments will move you deeply. Let’s begin with Saint George’s Castle. This majestic castle still continues to stand boldly atop the hill from the 6th century A.D. despite the disastrous earthquakes, sieges and wars.

Do not forget to visit the fortified Belém Tower at the mouth of Tagus river. It is the symbol of the period of Great Discoveries! From this point, the great European seafarers once set sail! Nearby, you will find the humongous Jerónimos Monastery, an exquisite World’s Heritage monument. The captivating Manueline architecture of the monastery was named after King Manuel I, who was responsible for its erection.

It’s now time for some romance! Visit the Ajuda Palace! Did you know that the palace was intended to be inhabited by the royal family of Brazil, but the works were interrupted due to the invasion of Napoleon?

The modern face of the city

At the Parque de Nacoes, you will discover some of the most daring examples of modern architecture. The area was established for the EXPO exhibition in 1998! Nowadays, it hosts a beautiful aquarium. From here, you can also admire from far away the longest European bridge, the famous Vasco da Gama, spanning 17 kilometres!

The neighbourhoods are exuberant. Are you up for hip, Boheme restaurants or fancy some street art? Then, come to Bairro Alto! The fun never ends at the casas de fado. Here, you can listen to the unique Portuguese songs while trying out the traditional cod!

If you prefer to see the modern city centre, then Baixa should be on your list. The impressive boulevards are ideal for shopping therapy. The night-bars at the adjacent neighbourhood Chiado will amuse you!

Yet, the absolute must-see neighbourhood is Alfama! It is the historic old town. Alfama is the only district that remained intact from the great earthquake in 1755. Vibrant colours, laundries at full sight, flowery balconies! The authenticity and picturesqueness of the area create an almost fictitious scene. The highlight of the neighbourhood is Sé cathedral, which commonly reminds travellers of Notre Dame!

Check out the amazing miradurous! They are observatories situated high above the ground at various strategic spots of the city. Since Lisbon has 7 hills, you have many places to admire the view from! The Miradouros da Graça, de São Pedro de Alcântara, de Santa Justa & the exceptional Miradouros de Santa Lucia definitely stand out!

Explore these magical neighbourhoods with the quaint, old-fashioned tram!!

Vacation in Lisbon! Don’t say that we didn’t warn you.. if you forget to come back! 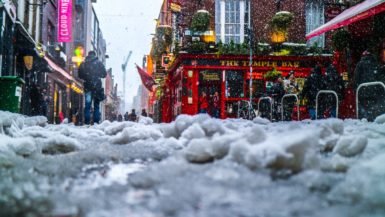 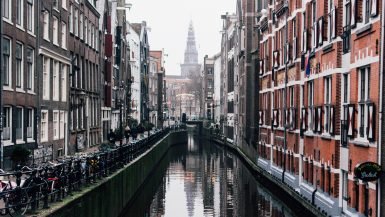 September 10, 2018
Close
We use cookies to ensure that we give you the best experience on our website. If you continue to use this site we will assume that you are happy with it.OkPrivacy policy